1) In electoral politics, no one is invincible, not even self styled Bahubalis and political Chanakyas. And yet, such has been the aura around the Modi-Shah duo that a sense of defeatism and the inevitability of loss has appeared to grip the opposition over the last four years in every election. Politics is a game of chess, often played in the mind as much as it is on the campaign trail. Which is why these election results will finally give the opposition the self belief that no one is unbeatable, not even in a close fight like Madhya Pradesh where it was expected that the superior BJP organisation would enable it to somehow scrape through in the end.

2) The Congress is out of the ICU but is far from being resurgent. It would be a huge mistake if the Congress misinterprets victories in three states as a sign of complete revival. The party is now set to be in power in four and three quarter states while the lotus still floats in 16 states across the country. That the Congress couldn't fully capitalise on the anger in Rajasthan and the fatigue in MP is a sign of a weakened party organisation that still lacks the cutting edge to throw a knockout punch even on a favourable pitch. A victory by default is not resurgence but a respite for a beleaguered army. If this victory breeds an 'all is well' complacency, as it well might, the Congress may need another wake up call: if it still doesn't awaken, just call up Bhupesh Baghel, its Chattisgarh leader who showed what it takes to be a 24 x 7 streetfighter neta; or even a Kamal Nath who bandaged a broken MP organisation into some shape, or a Sachin Pilot who reaped the rewards of breaking away from the Lutyens Delhi trap.

3) The BJP is slowly losing its grip over the crucial Hindi heartland. In 2014, the BJP won north India with what is best described as a north-west wave, sweeping state after state from Goa on the west coast to Himachal in the far north. In the Hindi speaking belt alone, the party won an incredible 192 of the 210 seats, setting the stage for its absolute majority in parliament. In Rajasthan, Chattisgarh and Madhya Pradesh, it won as many as 62 of the 65 seats: these numbers would be atleast halved now if yesterday's verdict were to play out next year. Even if we assume that a general election is very different to a state contest, the fact is, the wave has ebbed: unlike in Gujarat last year, where the BJP's vote share actually rose, the party has suffered a sharp decline in vote share across the three Hindi belt states. That is an ominous sign, especially if the BJP has to face potentially more challenging adversaries like an SP-BSP alliance in UP next year.

4) Never take the voter for granted. One would be tempted to describe the December 2018 verdict as the 'revenge' of the 'gareeb' Indian who lives far away from the bright lights of the big cities, in the dusty tracks of a Sikar or a Sarguja. But poll verdicts are often more complex: the BJP, for example, held its own in large parts of rural Madhya Pradesh even while suffering unexpected losses in some of its urban bastions, losing out on traditional upper caste support but holding onto a core OBC vote, an affirmation perhaps of the fact that 'kisan putra' Shivraj Singh Chauhan retains a measure of goodwill. In Rajasthan too, there is more a regional than a stark rural-urban divide in voting preference while in Chattisgarh, the party took a hit across the state. In the final analysis, the BJP suffered a cross class, cross caste erosion in support, mirroring a volatile mix of local and national issues. The Axis My India poll shows a marked drop in the party's vote amongst tribals, Dalits, youth and farm labour, all signs of a low income group disenchantment. This wasn't quite the anti-'note-bandi' election as much as a triple whammy verdict: rising fuel prices, agrarian distress and a lack of gainful employment opportunities pushed the BJP on the back foot. This was, in a sense, the revenge of the 'aam aadmi', the faceless Indian for whom the vote is a weapon of last resort, their only way of rejecting any abuse of state power.

5) Regional potentates are sui generis. We thought that anti incumbency is an inexorable law of Indian politics; we believed that the public is disgusted with family rule and charges of corruption; we were told that freebies are not just bad economics but poor politics; we thought that vote banks are sharply divided by caste and religion. Well, think again. The Telangana 'pink tsunami' is a reminder that regional leaders don't follow conventional wisdom but make their own rules. K Chandrashekhar Rao took an audacious gamble by calling an early election in a period where no leader likes to lose even a day in power and changed only three sitting MLAs in an era where that is generally seen as a recipe for failure. 'I will prove everyone wrong,' he promised. He was bang on: a mix of welfarism KCR style where state coffers are routinely emptied for well targeted hand-outs across social groups and a rising tide of Telangana sub-nationalism was enough to see the Telangana Rashtra Samiti sail through.

6) Hey, there was an election in Mizoram too. Lost in the cacophony of the relentless focus on the politically influential Hindi heartland, we almost forgot that Mizoram too is an integral part of the Indian Union. The election verdict in Aizawl is not without significance: the North-east is for now truly 'Congress-mukt' and the region's 25 Lok Sabha seats could yet prove to be important next year. The victor too is someone who offers solid lessons for our democratic impulses. The Mizo National Front was, in a previous avatar, a militant secessionist outfit. That it gave up the bullet for the ballot reaffirms popular faith in the democratic process. When Zoramthanga is sworn in as chief minister after a decade out of power (Mizoram's anti incumbency cycle seems to have a ten year rotation), it will also confirm that 2018 has been a good year for political octogenarians. Rewind to Karnataka and Deve Gowda!

7) Rahul Gandhi has arrived as a politician to reckon with. The political 'arrival' of Rahul Gandhi has been an endless waiting game: let's not forget he made his political debut fourteen years ago. Through this period, Mr Gandhi seems to have flitted in and out of politics with a patchy track record, his family surname the only enduring badge of identity. He may have become Congress president a year ago, but it was a coronation more than a democratic choice. And while he may have got the post, he hadn't earned the respect of his party workers yet. This election verdict has somewhat changed that image of the perennial loser: as a party inured to power, Mr Gandhi will now be seen by the Congress rank and file as someone who can actually deliver a major victory. More importantly, by aggressively leading from the front, by showing conviction and consistency in his messaging, he has removed the fear of the Modi-Shah juggernaut in the minds of the average Congress worker. He may still be work in progress, he may still be prone to gaffes, he may still be where he is only because of the dynastic principle, but even his worst critics must now concede that Rahul Gandhi has shown staying power and his leadership can no longer be sneered at or ignored.

8) Beyond the Gandhis and Hindutva nationalism, Modi-Shah need a new narrative. In 2014, Mr Modi was the challenger, the anti establishment hero who was out to dismantle the old order. It was a role perfectly suited to his persona as the macho '56 inch' sharp talking demagogue: he could consistently attack the Manmohan Singh-led UPA on every issue. Amit Shah too had a role to play as the strategist, the hard task master who could micro manage the BJP organisation into a ruthless political engine. Both leaders now need to re-invent themselves. Mr Modi's 'new India' narrative can't just be a catchy slogan, it needs to offer a meaningful alternative to governance. How does it square up, for example, with the revival of the divisive Mandir campaign and the aggressive use of a Yogi Adityanath as a star campaigner and his brand of polarising Hindutva politics? Why is the prime minister silent when the strident rhetoric of the VHP marchers on Delhi's streets threaten to break down the Jama Masjid? And why is there an unwillingness to even accept that maybe 'note-bandi' was a well intentioned but arbitrary move that went horribly wrong, one that affected lakhs of unsuspecting people and destroyed small businesses? Just throwing headline grabbing statistics like 22 crore families have been touched by government outreach programmes is not enough of a balm; those families need to see a visible change in their lives through effective delivery systems. I was in Dausa in Rajasthan for example when the prime minister at a public rally spoke of Christian Michel and the familiar 'naamdar-kamdar' analogy. It simply didn't connect to the audience who wanted to feel reassured that their next year's 'fasal' (crop) will not be lost to an extortionist trader-babu nexus. Shah too needs to realise that political competitiveness is more than just the usual Gandhi family bashing or creating imaginary enemies, be it Bangladeshi 'infiltrators' or the Muslim family in the neighbourhood. Change agents must offer a positive agenda of hope/optimism, not become rabble rousers of communalism/negativism. Less arrogance and more empathy is a more long term ticket to power.

9) 2019 is game on but the BJP is still front-runner. The election verdict has only confirmed that while the narrative maybe slipping away from the BJP, it's election machine, be it financial resources or boots on the ground, is intact. The Congress may have slowly learnt the art of booth management and social media and last mile connectivity from the Shah school of election management, but the party still doesn't have the money or the men to match the Sangh Parivar's committed cadres. Those cadres will be galvanised by defeat and can be expected to come back stronger next year. The 'maha-kutami' defeat in Telangana has shown the limitations of the opposition's alliance politics where arithmetic must be backed by on ground chemistry to succeed: an important gateway for the Congress in the south now stands blocked. By contrast, the BJP is down but not out. Mr Modi will remain hopeful that the same voters who rejected the BJP in the states will be more supportive in a general election: don't forget the slogan in Rajasthan, 'Modi tujhse bair nahin, Vasundhara teri khair nahi!' (We have no dispute with Mr Modi, but don't care for Vasundhara). Expect then the BJP to make 2019 a 'Modi versus Who' presidential contest whereas the challenge for the opposition is how to localise a 'national' election into 543 statewide contests that focus on issues not the individual.

10) The media is not always the message. The BJP has had one consistent ally in the last four years: the media, especially news tv, as its cheerleader. Never before in the history of this country has a large section of the media cast such an uncritical gaze on government functioning; never before has one man/party occupied so much of prime time space; never before has the media been so devoid of its moral authority. That despite the media's partisan role as the twelfth man for Team Shah-Modi, the BJP still lost is a lesson for all of us: yeh public hai yeh sab jaanti hai. The voter has course corrected, when will we do so too to ensure a more level playing field in 2019? 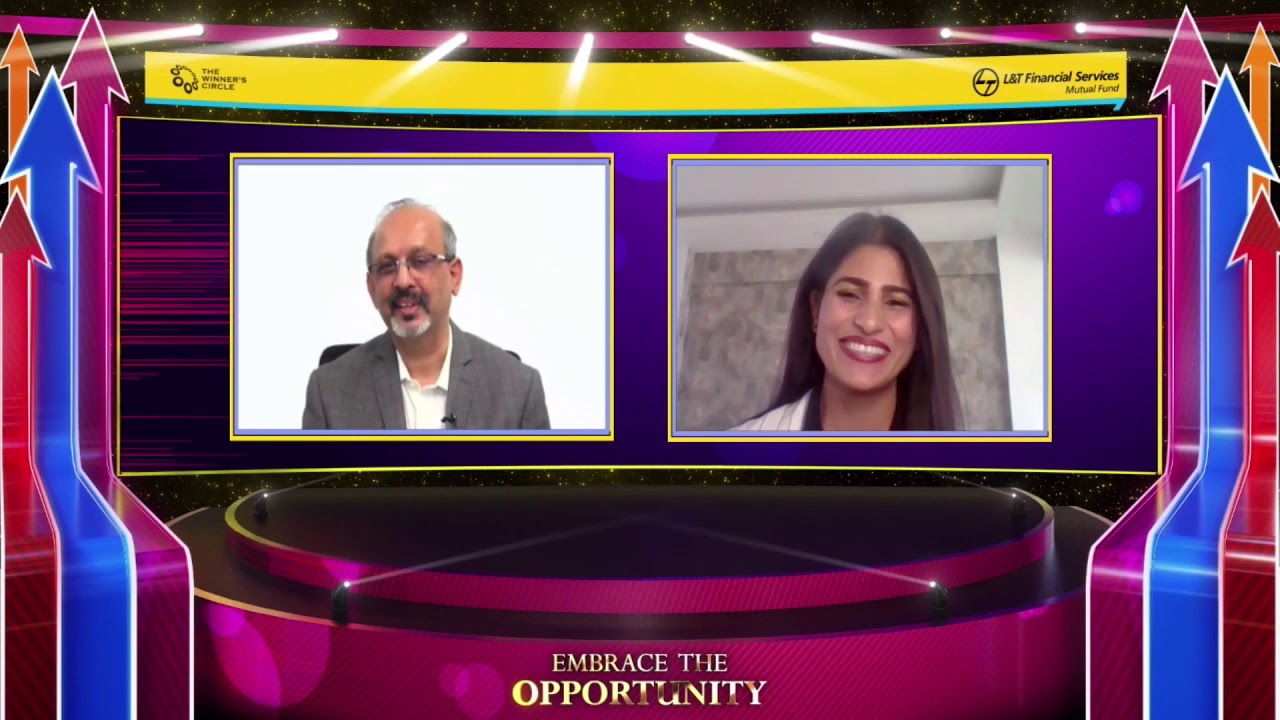 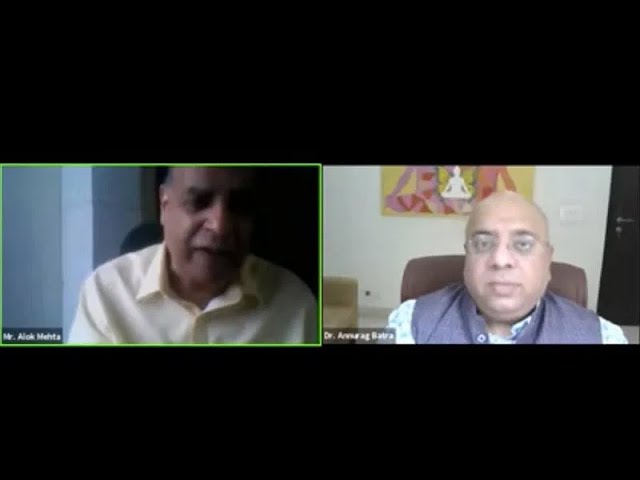 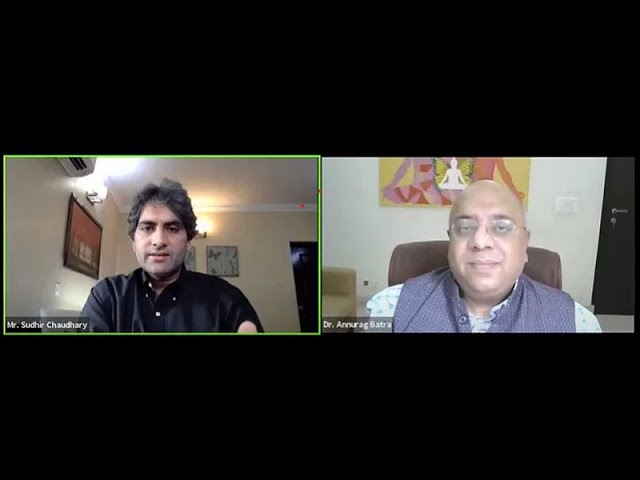 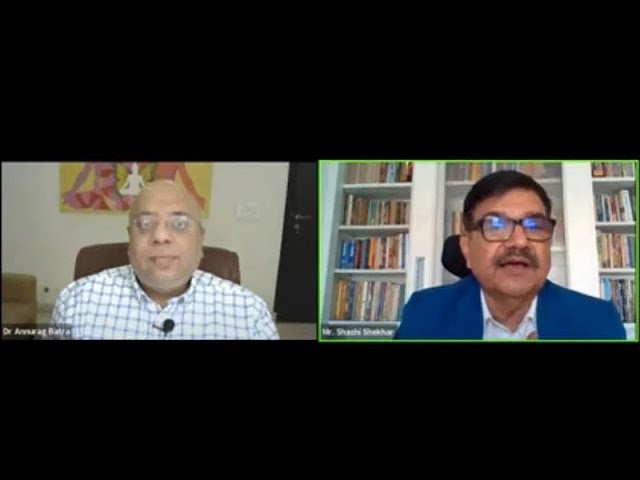 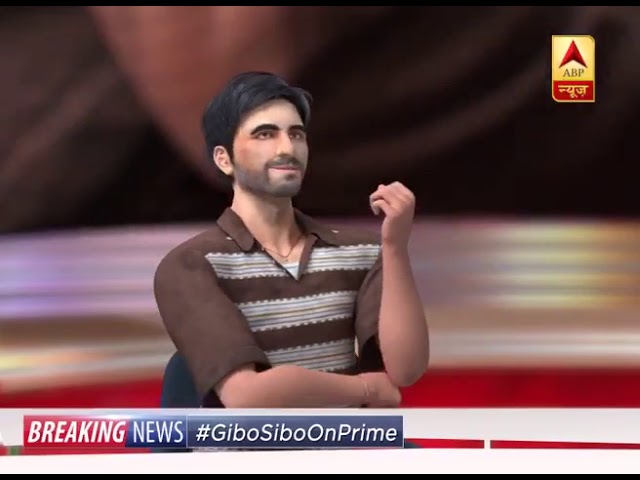