Friends and Partners,
This has been a REMARKABLE YEAR. And as it draws to a close, I want to share with you all how I look back on it.

1. This year our network achieved what no TV network has done before. We became the first-ever network to be Number 1 in India in both Hindi and English, and are growing exponentially on digital. Our popularity and the love we have received from our viewers has reached an all-time high. Our coverage of big stories from Shaheen Bagh to Palghar to the Sushant Singh Rajput case made millions of new viewers join Republic in mass campaigns for justice and truth. So, as the year closes we must celebrate this unparalleled achievement and soak in the truth that this happened because the people have stood by us.

2. We challenged and upset the Maharashtra Government and the Mumbai Police. Our coverage of Palghar and the Sushant case exposed their functioning to an extent that they had no answers. If they believed in the due process of law, they would have introspected and thanked us for exposing their flaws and chinks. But they do not. And so they responded by filing false case after false case, arresting some of us, summoning scores of us, for hundreds of hours, and filing dozens of FIRs against all of us. At last count, we had completed 700 hours of interrogation. Let me tell you today with absolute clarity -- they have used every illegal and unlawful trick to attack your network. But, their frustration is that they have not been able to make us bend, leave alone bow. AND WE WILL NOT BOW. WE WILL NOT COMPROMISE. Today is a time for us to remember our Motto: NATION FIRST. NO COMPROMISE. And since we live by that motto, we cannot and we never will give an INCH to forces who believe they can use third-degree methods and tactics (like whiplashing our colleague Ghanshyam in custody) to make us agree to their immoral and illegal terms.

3. Our team-- each one of you-- and our Network in the year 2020 has grown from strength to strength. This year, in the toughest of times, we expanded our team. We did not, unlike other media houses, carry out a single retrenchment, leave alone resort to a forced salary cut. Instead, we successfully completed our appraisal cycle, announced increments, promotions, and bonuses. And, in doing so reinforced our position as India’s best employer in the news industry. My dear friends, I want to tell you one thing today and this must be said plainly: Our hard work, your hard work, your sacrifice, your commitment, and our relentless effort to give our viewers the best news coverage has made us Number 1. We have not become Number 1 by the absurd claims of the Mumbai Police that we rigged the ratings by giving Rs. 400 to every viewer or by distributing watches, silver coated jewellery and imitation stones to make this Network number 1. That is not just a lie, it is downright stupid to concoct these pieces of trashy fiction to undermine our glorious achievement and our hard-fought and hard-earned right as the number 1 News Network in India. Anytime you hear these inanities, remember those behind these stupidities are very afraid of the truth. When people like them point fingers at us, it makes us stronger. When people like them attack us, the people of India rally behind us. And also remember this: 130 crore people of India are watching every attack on Republic. This Network is built on the faith of the people of India and does not need the endorsement of an insecure government or the Mumbai Police.

4. It has been 16 years since I first came to Mumbai as the Editor of a channel that had only been thought of and was not even executed by the laying of its first brick. The one thing that has driven me and all the teams I have worked with since then has been a resolute belief that beyond the ratings, beyond the brand building, we are doing our bit to build a great nation. In this decade and a half as an Editor, we have faced many moments when so-called “powerful forces” came down to target us as individuals, as a team of journalists, and as a channel or Network. We faced this in 2008 after 26/11. They said our criticism of Pakistan was too harsh. We have faced it in 2010 after the CWG Scam and the other scams we exposed like the Adarsh (Kargil for Profit) Scam. They said they would get us. We have faced this during the Anna Agitation and even post the mass agitation over the Nirbhaya case. For many of you, the present attack by the state government may be the first experience of working in a news organisation that is under severe political attack. Let me say it to you with absolute clarity in my mind: No political attack can ever destroy or deplete a strong news organisation. In fact, history shows that all those who believe they have the state apparatus to misuse at will, never get away with their misdeeds. History comes back to bite them, and the future rewards those who walk the straight path. Republic through its trials of the present is becoming a stronger and stronger force in the country. Wear this battle as a badge of honour, for by being part of this fight at Republic, you are serving your country and your motherland. And when we are being persecuted for events like our Shaheen Bagh coverage, or our Palghar coverage or our Sushant coverage wear it as a badge of honour. And when people bitter about our coverage of the CWG, 2G or Adarsh or Iqbal Mirchi case come together to take a potshot at us now, wear that too as a badge of honour. We will only play by the rules we set, and every hardship we faced in 2020 is fuel for our future. Feel confident that victory will be ours.

5. Our story has to be one of relentless growth. People want Republic to be broadcast in multiple languages. The imminent launch of Republic Bangla is first in our promise to relentlessly grow. While the media house that spends enormous amounts of time publishing canards about us, lays off hundreds of journalists overnight and shuts down newspapers in seconds, we are relentlessly growing. Our competitors thought, foolishly as usual (in Lutyens and elsewhere) that they would destroy Republic. Please know this, frustrated politicians are working in cahoots with members of the frustrated Lutyens Media in targeting Republic. These are truly hollow and shallow individuals whose greatest obsession is Republic. The reason we largely ignore them is because we want them to stew in their insignificance. All of 2020, they have spent their entire bandwidth on Republic while we have grown from strength-to-strength launched new products, expanded 1000% on digital, planned and executed new launches and strategised on our national and global expansion. Unfortunately for this politician/Lutyens Media cabal, 2020 will be the stepping stone to take Republic deeper and deeper across the country to every viewer. 2021 and beyond will see the systematic exposure of this cabal and its numerous misdeeds, hypocrisies, and underhand deals.

My dear friends, partners, colleagues: 2021 is our year. We will expand across India and, not so long from now, we will fulfill the promise we have made to ourselves by taking our tricolour across the world.

On a personal note, all the events of 2020 have given me a greater sense of purpose, clarity and strength. Most importantly, REPUBLIC IS UNBOWED, UNBENT AND UNBREAKABLE.

I wish you and your families all the best of health, happiness, and prosperity, in abundance, for the coming year.
Always yours,
Arnab

In a bold and decisive decision Zee Media has decided to quit BARC Ratings. This decision is a milestone for the whole news media industry, there are more than 5-8 million people associated with news and broadcasting industry at large who get impacted adversely if incorrect reporting is published by the rating agencies and it has been observed in last few months that news genre is being shown shrunk by the BARC (rating agency )to extend the benefit to GEC and other genres at large.

Zee Media had raised its concern multiple times to BARC and had questioned the whole structure and their operation transparency towards the news industry which represents MEDIA and is usually termed as the fourth pillar of democracy. It is pertinent to point out here that the rating agency has failed to rectify News Industry’s and Zee Media’s concerns.

BARC has not given any white paper on TRP Scam until now and it's a matter of great concern that who all were involved in this malpractice and if they are still part of the system (people/channels) and what action has been taken against them…?

The biggest concern and challenge is that BARC has not given any solution nor accepted as they are continuing reporting for landing pages and barker pages which impact ratings favourably for those who use these at the peril of others who do not subscribe to these unethical practices.

Secondly, the news genre is continuously shown shrinking since BARC Data was restarted, while on the contrary when the data was stopped , the genre was at its peak. Inspite of multiple meetings and conversation with BARC, the agency not only failed but has not been able to explain such a steep fall.

Drastic change in viewership is hurting news genre’s revenue/perception to the advertising fraternity. This is the biggest fall in the last 25-30 years of the industry which is unprecedented and far from reality.

We have also repeatedly pointed out that a far larger sample (of meters) is needed if BARC is serious about ensuring a measurement process that cannot be rigged or manipulated I, which also they failed to address until now.

Digitally Zee News is no.1 in ComScore as well as in YouTube, which is the real data, and cannot be manipulated. However, BARC ratings show the completely opposite and different picture, While same content is placed to both platforms and again points out to inconsistencies of reporting methodology.

BARC’s new process of data reporting (4 weeks rolling average vis.a.vis earlier daily/weekly) is also a big concern and due to this the research has no meaning or outcome to the content producers and they cannot plan or validate content performance.

BARC is unable to answer or addresses any of our queries /questions/suggestions. On whole as industry body, we believe that due to monopoly of rating agency the industry is suffering at large.

Hence Zee Media decided to move from rating agency and we have asked them to stop reporting Zee Media’s all 14 channels with immediate effect. 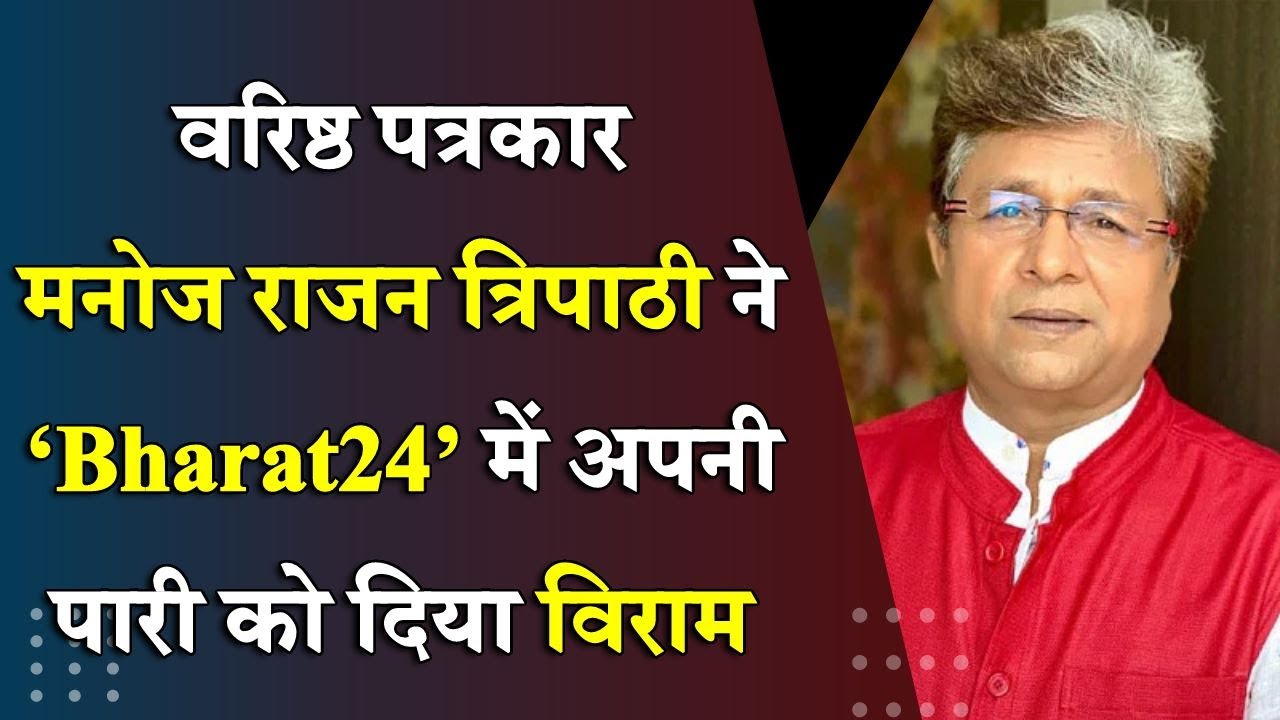 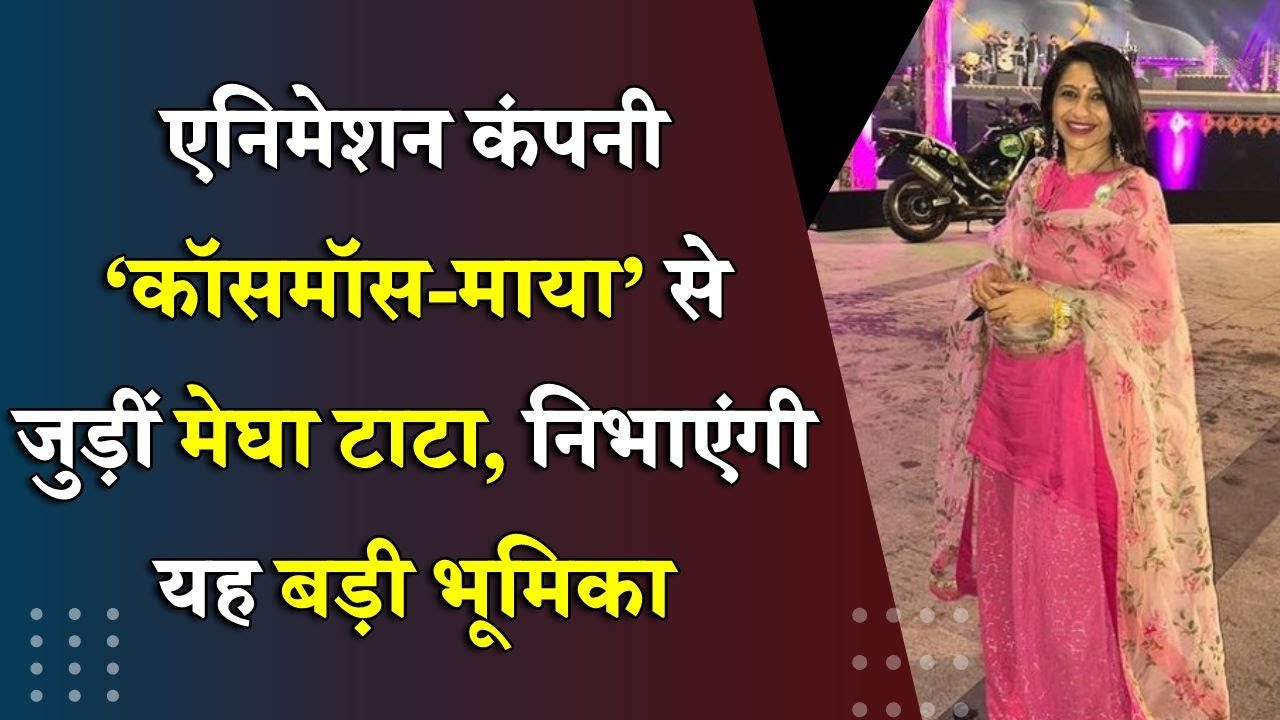 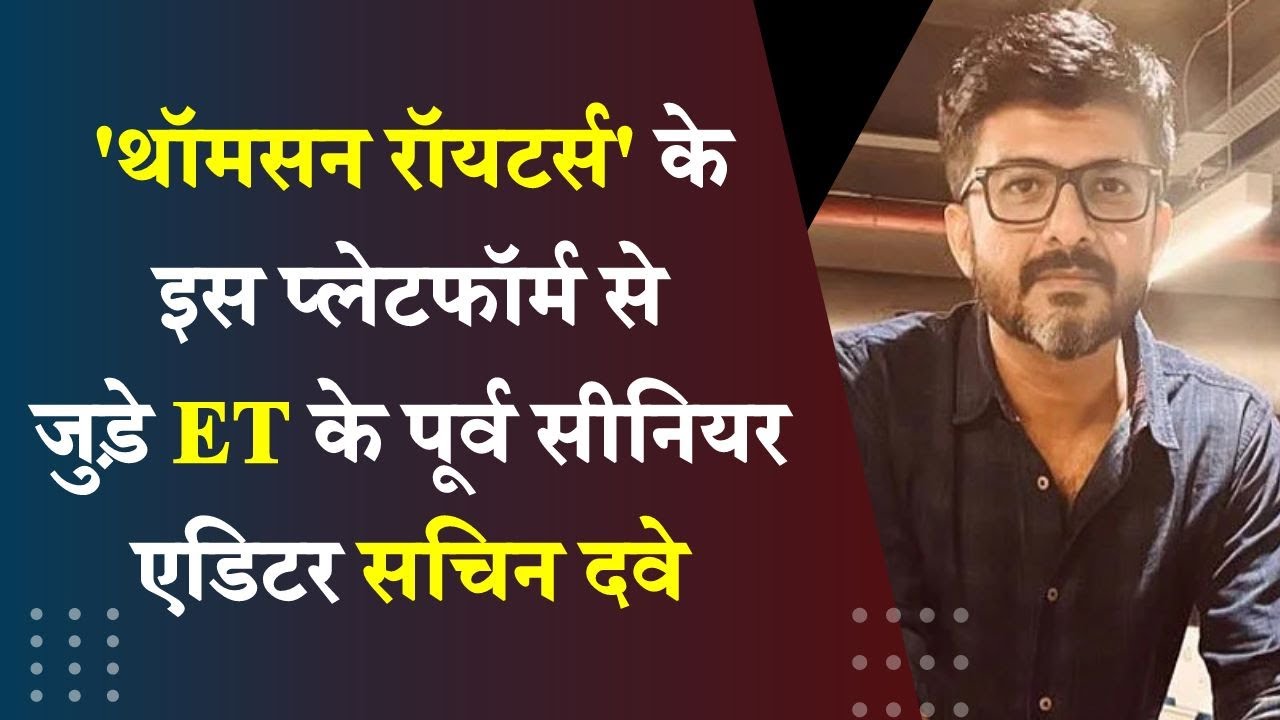 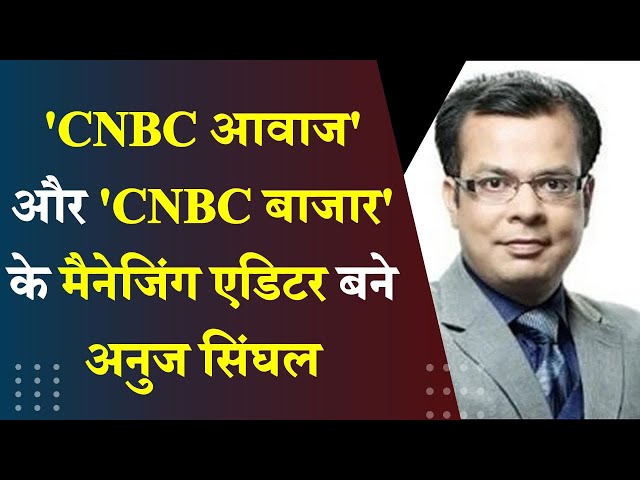 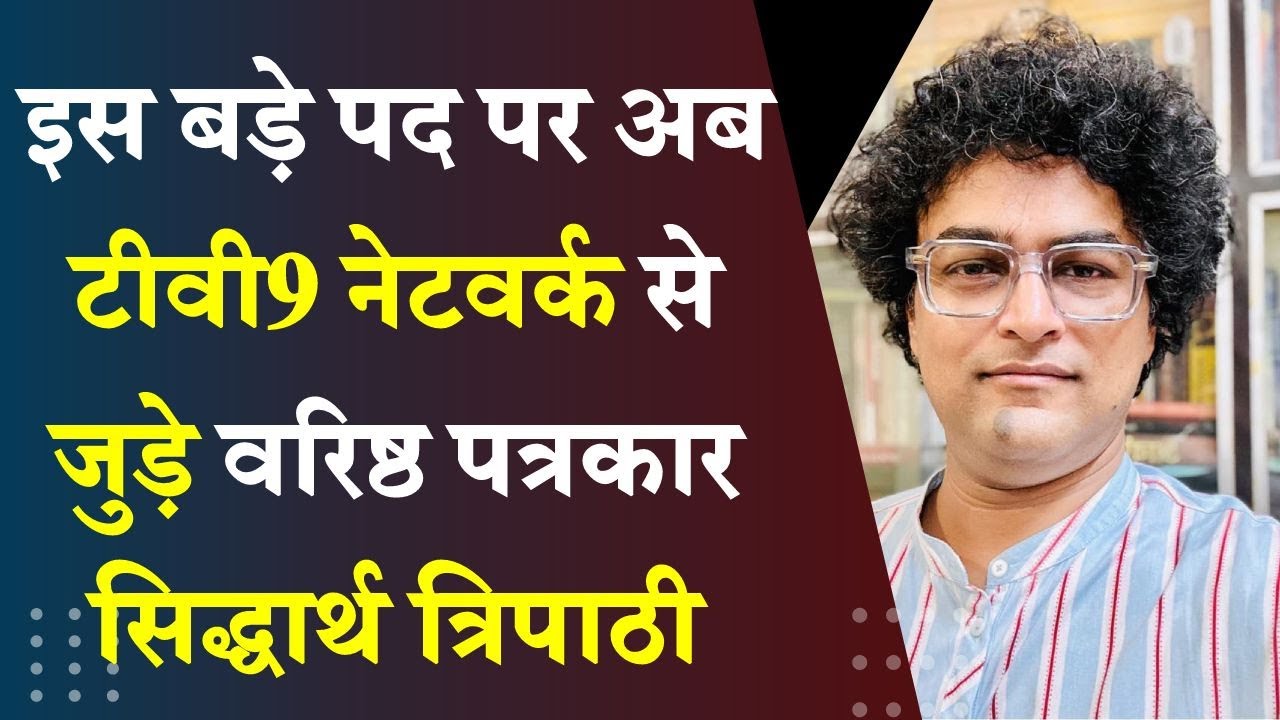 Senior TV journalist Siddharth Tripathi has started his new innings in media with the 'TV9' network.